An advert for the 50 % campaign in Moshi bus station. Tanzania's national population statistics reveal a startling truth - more than half of the country is comprised of children and youth. In 2002, it was reported that 55% of the population is 19 years of age or younger. In 2005, it was revealed that a full 45.8% of Tanzania's population is actually under the tender age of 15. In direct response to the urgency of the situation for Tanzania's children and its national future, the Caucus for Children's Rights has launched a campaign to spark national awareness that Tanzania's future depends on the treatment of Tanzania's children today. 2008 STARS Impact Award winner for Protection: Moshi-based Mkombozi, selected for its holistic approach to stemming the tide of Tanzania's street children by providing housing, education, research, advocacy, and outreach for vulnerable children and youth, aimed at ending their abuse and neglect and ensuring their dignity and rights. 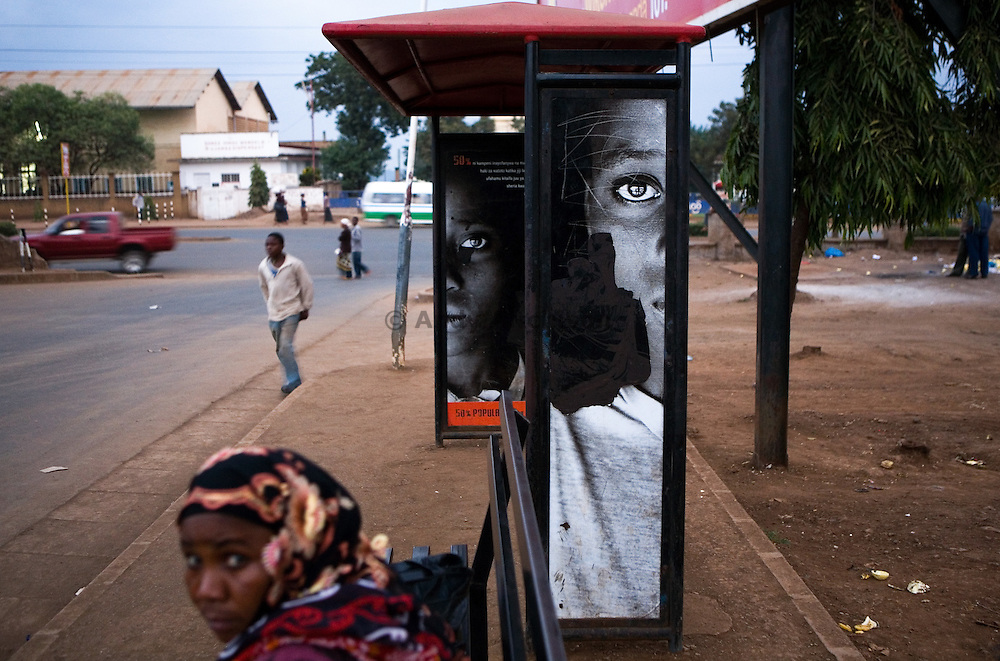