Orthodox Jews from Stamford Hill pray outside the tomb of Rabbi Shulem Moshkovitz, The Shotzer Rebbe who is buried in the Adath Yisroel cemetery, Enfield. Before his death in 1958 (5718 Jewish years) he promised to help everyone who attended his tomb on a Friday morning and lit 3 candles. It is thought by people in the local community that thousands have had spiritual help after lighting candles and praying here. On Friday the 12th of January 2007 it was the anniversary of his death, hundreds of people turned up to light candles, place them on his tomb and pray. 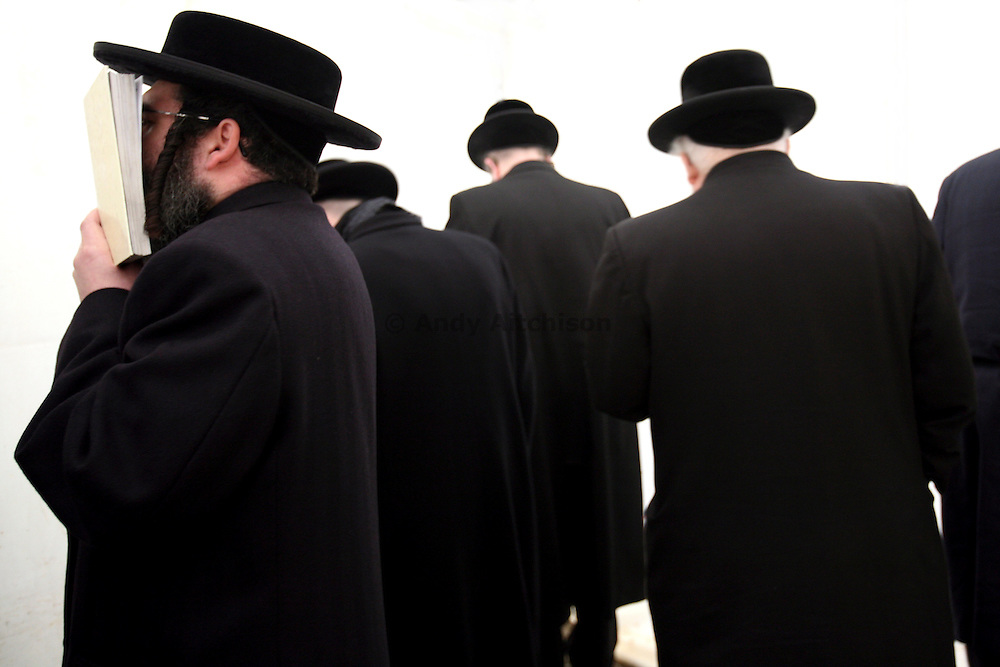