Christ the Saviour Serbian Orthodox Cathedral is an unfinished Serbian Orthodox Church on the campus of the University of Pristina, the construction was interrupted by the Kosovo war and it has never been completed. Pristina, Kosovo. Photographed on the13th of December 2018, Pristina is the capital and largest city of Kosovo, it has a mainly Albanian population along with other smaller communities. (photo by Andrew Aitchison / In pictures via Getty Images) 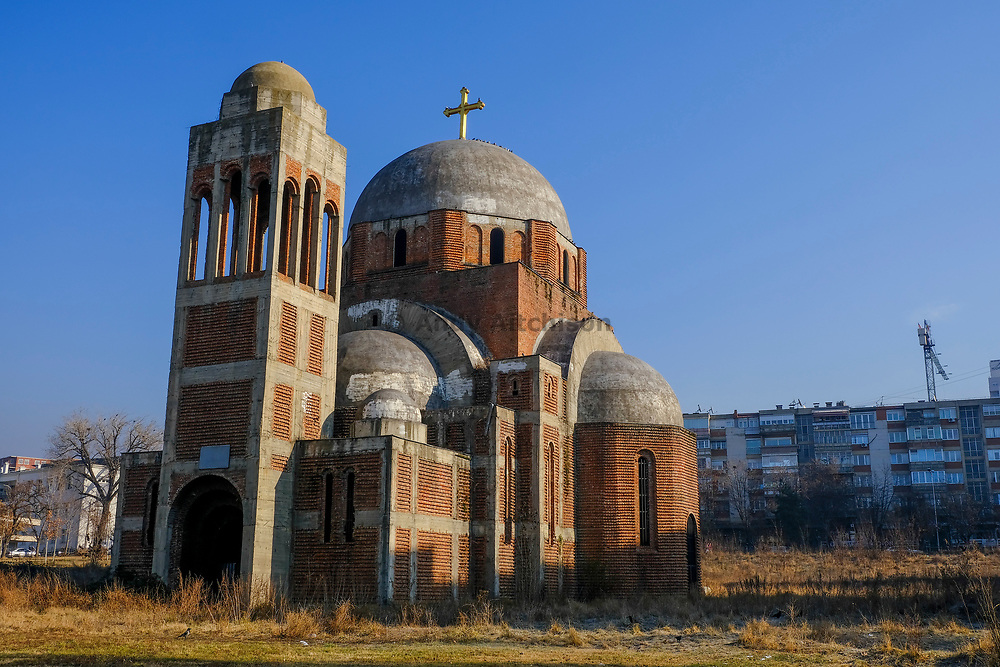