Actresses Imelda Staunton and Jodie Whittaker launch ActionAid’s International Safe Cities for Women Day at Marble Arch, with an interactive exhibition featuring a group of 30 mannequins, London.
Picture date: Thursday May 19, 2016. A third of the mannequins featured in the installation will be marked in red, to represent the one in three women who experience violence in their lifetimes. But behind every statistic is a real woman, and on each mannequin are quotes from women around the world telling their experience of urban violence and the stories behind the statistics. ActionAid is campaigning for the UK government to commit to increasing the proportion of aid going directly to women’s groups working on the frontline in poor communities. (photo by Andrew Aitchison/In Pictures via Getty Images) 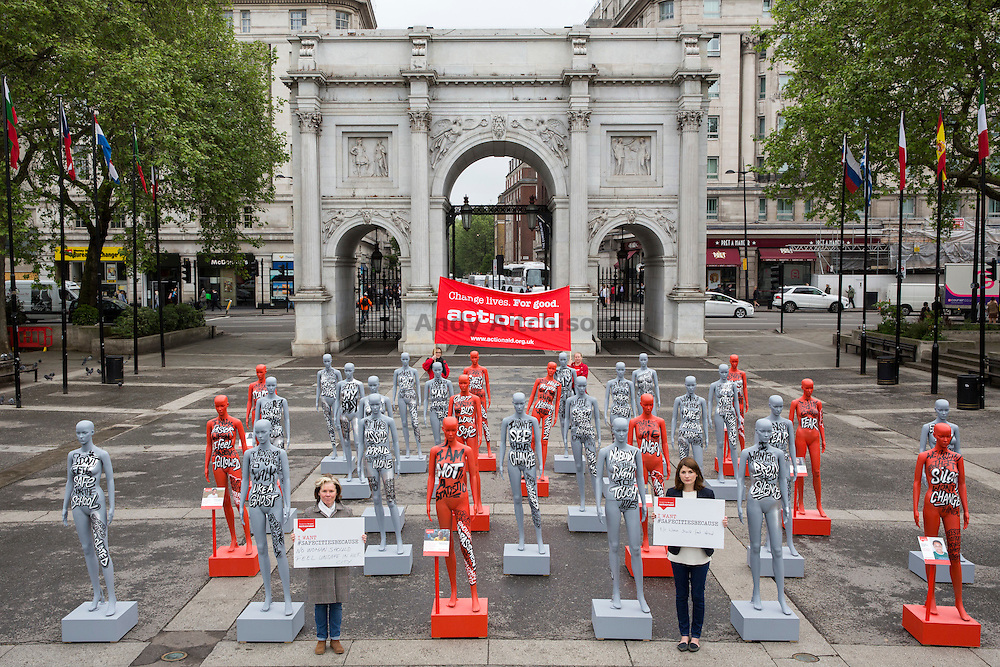