A worker cleans the wall that contains the names of hundreds of fallen soldiers that died during the First and Second World War engraved on the memorial wall. Faubourg D'Amiens cemetery is the burial site of 2678 identified casualties and a memorial to thousands more from the First and Second World War. It is looked after and managed by the Commonwealth War Graves Commission in the town of Arras, France. (photo by Andrew Aitchison / In pictures via Getty Images) 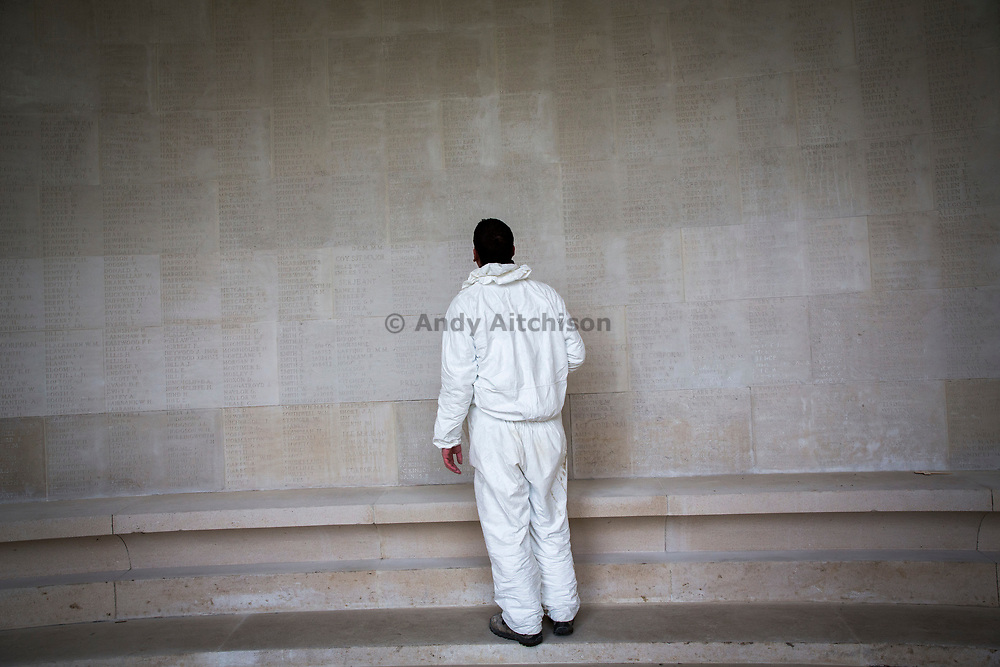