Janus’ Fortress: Folkestone by Pilar Quinteros is a monumental sculptural head with two faces, representing Janus, the Roman god of beginnings and transitions, who was often associated with thresholds – and so also with a present poised between the past and the future on 20th of July 2021, in Folkestone, United Kingdom. The sculpture is located high up on the East Cliff, overlooking Folkestone’s harbour, and with its two faces is able to look both towards the European mainland and towards England, connecting them, as Folkestone has always done whether as a fortress or a port. It is made of chalk and plaster, and will gradually erode and disintegrate. The artist’s intention was to make a kind of anti-monument, imposing in scale but ephemeral and vulnerable. Its disintegration also mirrors (and reflects on) the gradual erosion of the chalk cliffs and coastline. The white cliffs of Dover are sometimes referred to as the fortress walls of England. The artwork is part of the Creative Folkestone Triennial 2020, The Plot, which sees 27 newly commissioned artworks appearing around the south coast seaside town. The new work builds on the work from previous triennials making Folkestone the biggest urban outdoor contemporary art exhibition in the UK. (photo by Andrew Aitchison / In pictures via Getty Images) 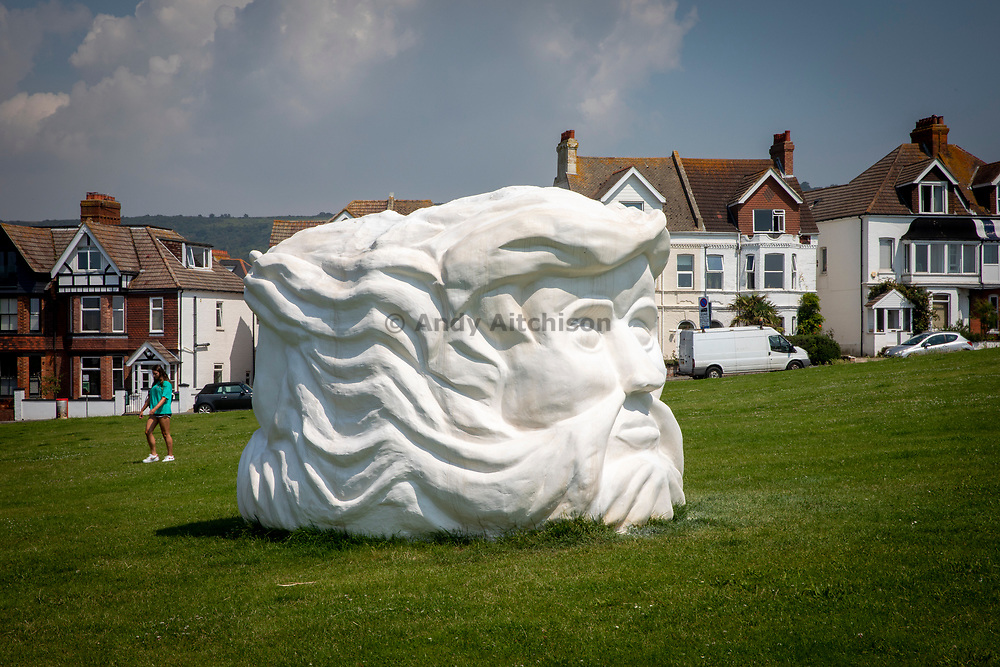