The makeshift boarder fence on the Serbian side (north side) of the Mitrovica bridge, over the river Ibar which separates the Serbian and Albanian districts of Mitrovica, Kosovo on the 12th of December 2018. The bridge was rebuilt with funding from the EU. Mitrovica or Kosovska Mitrovica is a city and municipality located in Kosovo. Settled on the banks of Ibar and Sitnica rivers, the city is the administrative center of the Mitrovica District. (photo by Andrew Aitchison / In pictures via Getty Images) 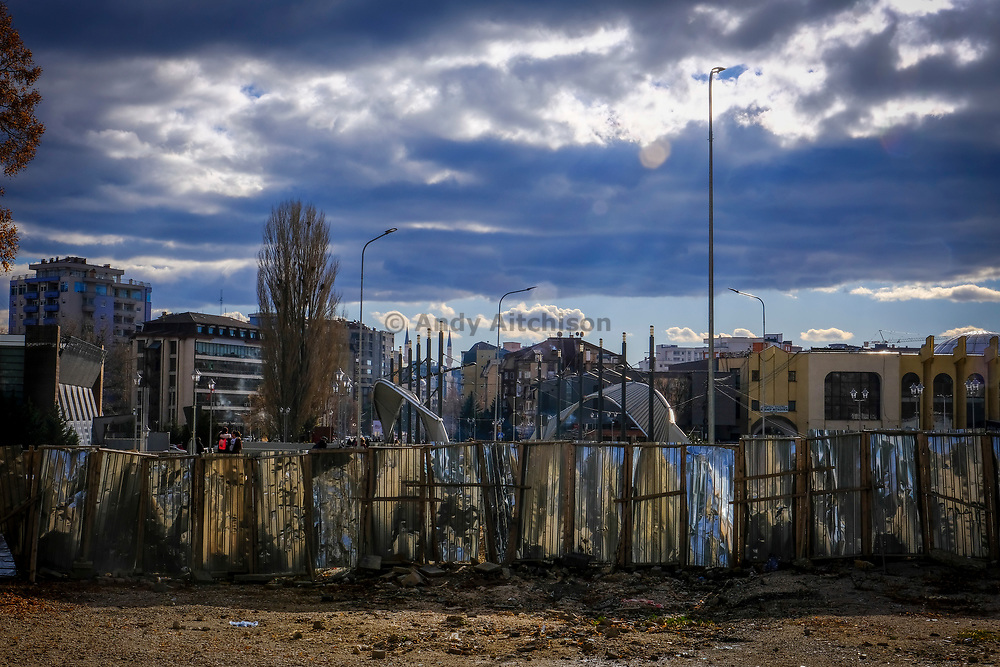